I have Artist Proof cards of Marvel Premier 2019 series for commissions. These are drawn later after the regular sketch cards which I have time to figure out my level of quality drawing.

I currently worked on 2 AP cards first. I plan to leave the other 3 cards for later when I have a new idea or just open for commissions, get them while they are still available!

The first batch was released at around September 2019 and I wasn’t able to take part in it. Somehow they listed me to do this for another batch.

As I got these cards, One card is soo thick! I really got excited to draw on these sketch cards. Only that the regular cards are character-specific which is fine. I get to draw characters that I’m not familiar with like Grandmaster, Voyager, Doctor Voodoo, Silk, Killmonger, and others.

A few weeks later I received another box for another title, so I have got to finish all 100 sketch cards instead of 50 in just 1 month. I do think other artists can do more than one set in a month. But for me, I would like to focus on my passion for art even with time limits. 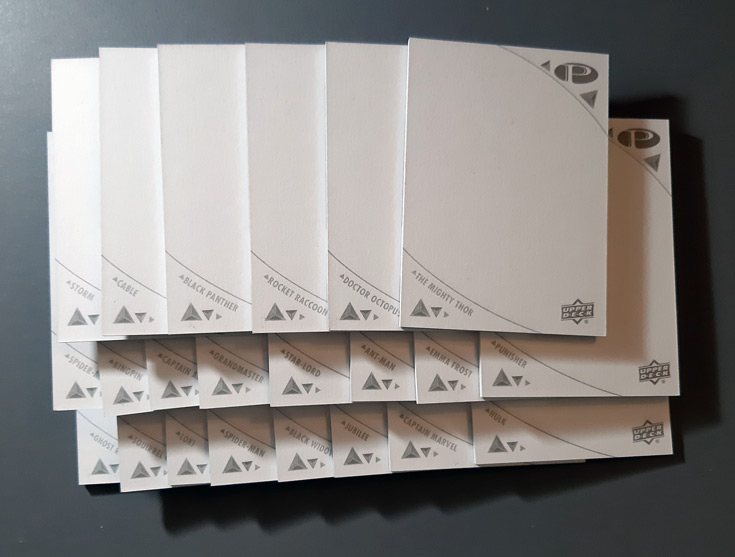 As Upper Deck said this is one of their best trading card series by demand. The cards look really special as they are thick and nice lamination.

For the sketch cards, they are character specific. As other sketch card artist can ignore this and draw their favorite characters, I rather follow what the cards are stated to avoid confusion to the card collector.

As I received both series Marvel Premier and Avengers Endgame I had 1 week of holding back. I had to think of my art style carefully because I want to draw well on this series.

I am also using the same art materials as I started from Marvel 80th Anniversary and added some new colors for effects. What I did is I start with easy characters.

I actually started to draw this series first and started on supervillains Thanos, Kingpin, Grandmaster and Doctor Octopus to jump start me. Later on, after I start feeling confident at my drawing I draw my favorite characters from the Avengers team

My art style has grown to match quality over time. After a series of practice, I get a bit confident to draw on traditional drawing. I made my drawings and some of my drawings have much more quality as my Artist Proof cards.

If you had a chance to own my cards here then you are lucky because they are one-of-a-kind sketch cards.

Characters drawn in the set of sketch cards

Guardians of the Galaxy

These sketch cards are available at Upper Deck shop page and now available for purchase.

" Marvel Premier 2019 would one of my best work for this said year and 2020. I'm really happy and challenged to draw unfamiliar characters."