Marvel THOR is my second card series. It was my first time to work on Upperdeck Marvel. Quite nervous and anxious to work in an actual card paper. Distributed as a collector’s item for fans of the series. I only to get to drawing characters from the comic series. Mostly the main character, the villain Loki and the enchantress.

I only to get to draw characters based on the comic version costume. It is for the promotion of the comic book. I choose the one new costume updated in this year of 2011.

About THOR the God of Thunder

Thor Odinson is a super hero-god of thunder based on the Marvel Comics character. He is the son of Odin ruler of Asgard. One of the most powerful members of the Avengers. From the storyline, Thor banished away from Asgard and sent it to Earth. He had lost all of his powers and lost access to his hammer MJOLNIR. He’s brother Loki took the Asgardian throne, Thor must prove himself worthy.

This series made promote the comic title inspired by the movie series: 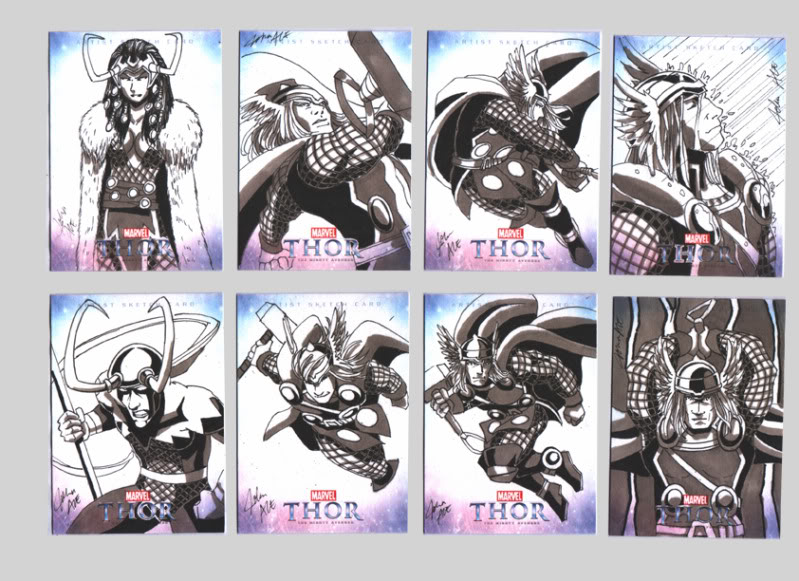 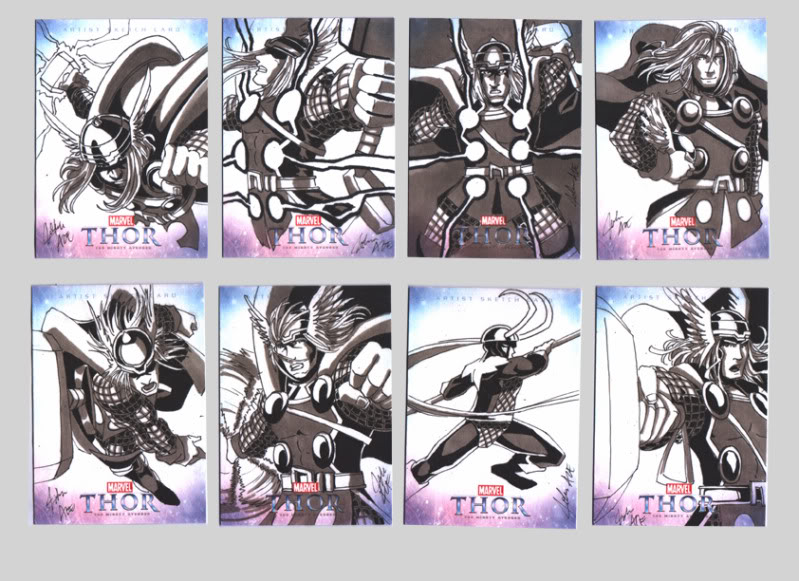 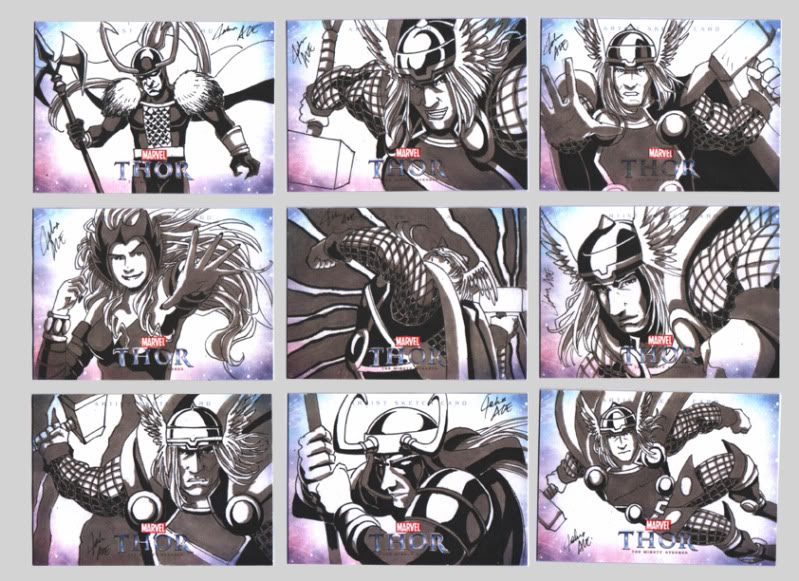 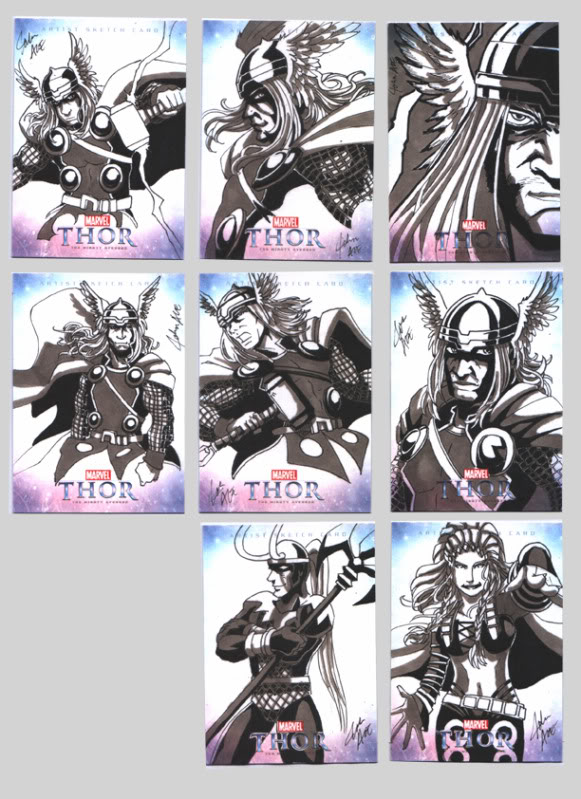 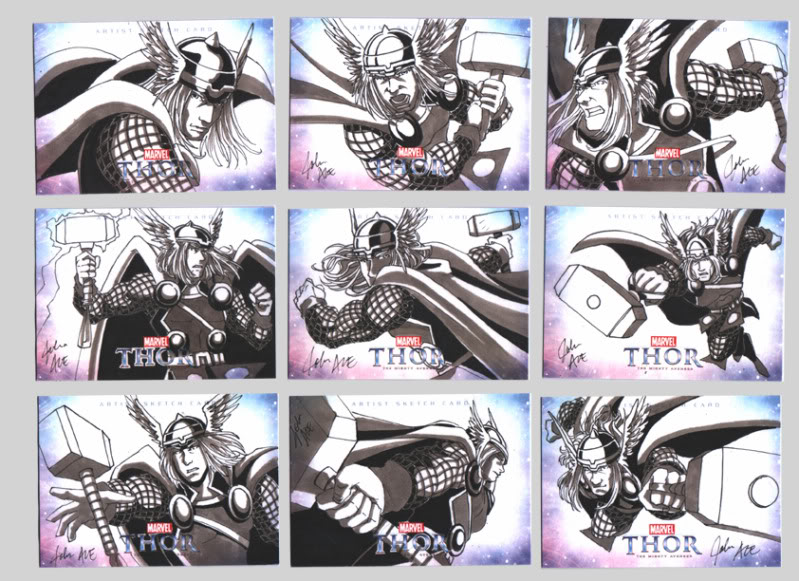 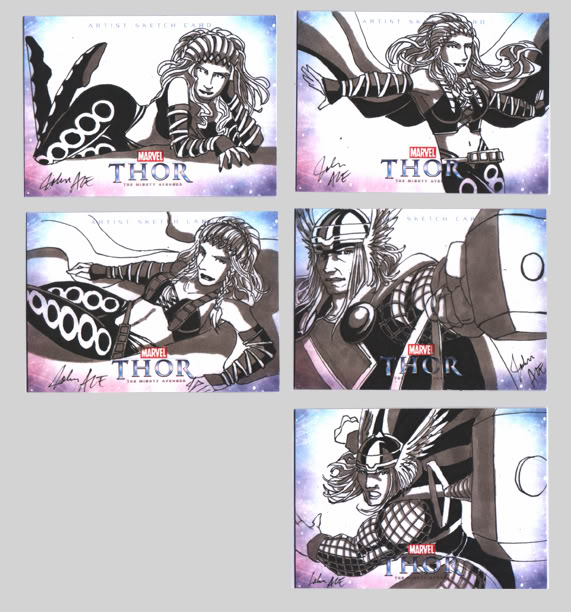 Here are my Artist Proof Cards, Apparently they are all sold out. 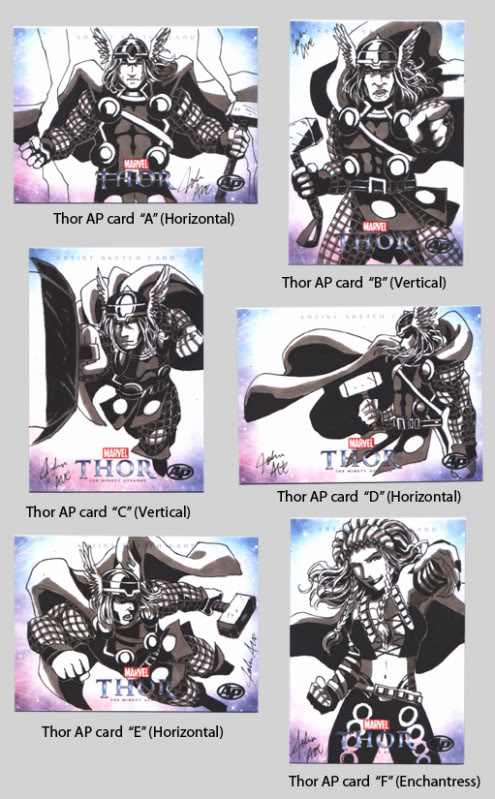